Platinum Metal Guide: Everything You Need To Know

Platinum has many benefits that make it a desirable material for fine jewellery. With a silvery white finish, platinum enhances the appearance of diamonds. Known as one of the most pure and precious metals used for jewellery making, platinum is a luxurious metal with a greater longevity than gold or silver. When platinum is scratched, it does not lose any metal and will not wear with time.

Platinum is a rare and valuable metal that is only found in limited quantities in a few, select regions of the world. The annual worldwide production of platinum is approximately 160 tons, compared to 1,500 tons of gold. This is why platinum is more expensive than the other precious metals. 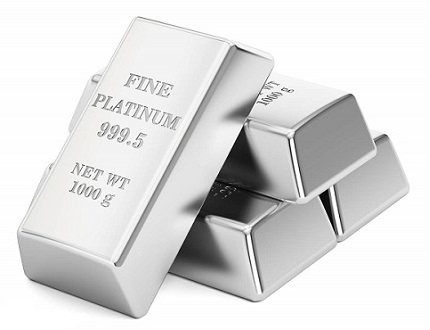 Platinum has grown increasingly popular in recent years due to its beauty and durability. Platinum's rich, even color and sheen makes it a popular choice for engagement ring settings, as these qualities magnify the sparkle and brilliance of diamonds that are set in the metal. An added bonus of platinum's 90-95% purity grade is that it rarely causes any allergic reaction, and is therefore the ideal metal choice for people with metal or contact allergies.

Platinum is strong and can withstand a lot of stress, more so than other precious metals. It is also a naturally white metal that naturally retains its brilliant white luster naturally, white gold on the other hand, which is mixed with alloys to give it its white appearance, loses its white shade and begins to yellow over time; white gold jewellery needs to be re-plated during its lifetime in order to maintain its white color, whereas platinum naturally retains its color.

All platinum jewellery sold by reputable jewellers's that has the platinum 950 mark, means it is 95.2% pure platinum combined with other alloys such as cobalt 2.8% and copper 2.0%. When comparing to 18k white gold, platinum is similar in appearance but will weigh more and have a higher durability due to the softness and purity of 18k gold. Platinum is used for all jewellery types including bridal rings, bracelets, necklaces and earrings. To help preserve the look of your platinum jewellery, you should regularly use a soft cloth as a buffer to keep it looking shiny. When storing your platinum jewellery, keep it separate from other pieces to avoid scratching. Storing it in a soft cloth bag or individual jewellery box is preferred.

Called the "King of Metals", platinum is a very heavy (nearly twice the weight of gold), silver-white metal that is very ductile. Although it is a soft metal, platinum is not easily scratched and is very strong and durable. In fact, as the strongest precious metal used in jewellery, platinum also has a high melting point and good resistance to corrosion and chemical attack. Small amounts of iridium and ruthenium are commonly added to it, to give it a harder, stronger alloy that retains the advantages of pure platinum. The platinum family actually comprises six metals: platinum, palladium, iridium, osmium, rhodium and ruthenium. The six metals are generally found together in nature, with platinum and palladium being the most abundant, and the other four being more rare. 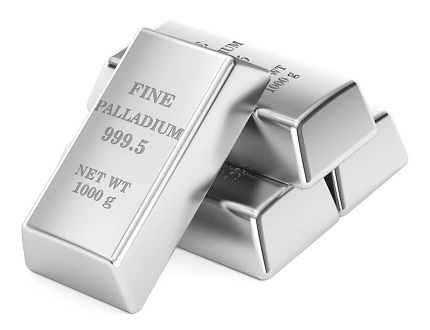 To reiterate, platinum is also the only precious metal used in fine jewellery that is up to 95 percent pure. Platinum's subtle beauty and its tendency to not add color of its own, enhances a diamond's natural brilliance and fire, making it an excellent metal for diamond jewellery settings. Because of its purity, platinum is hypoallergenic, a plus for people with sensitive skin or allergies to certain metals.

Platinum was first discovered in the alluvial (riverside) deposits of the Rio Pinto, Colombia. The Spaniards called the new metal Platina del Pinto for its resemblance to silver. The world's most important deposits occur in the Transvaal of South Africa. Other deposits are found in Russia, Finland, Ireland, Borneo, New South Wales, New Zealand, Brazil, Peru and Madagascar.

The Ancient Egyptians and South American Incas prized platinum. France's Louis XVI proclaimed it the only metal fit for royalty. Legendary jewellers such as Cartier and Faberge online created their timeless designs in platinum. The world's famous diamonds, including the Hope and Koh-l-Noor, are secured permanently in platinum.

Platinum reached its peak of popularity in the early 1900s, when it was the preferred metal for all fine jewellery in America. It dominated the world of jewellery design during the Edwardian era, the Art Deco period and well into the 1930s. At the onset of World War II, however, the U.S. government declared platinum a 'strategic' metal and its use in non-military applications, including jewellery, was banned.

Today, platinum is more valuable than gold. Although it is used in many industrial applications, including the automotive industry, platinum jewellery consistently commands higher prices because of its rarity. Also, no reserves of platinum are maintained, as in the case of the federal gold reserve in Fort Knox, KY. The annual worldwide production of platinum amounts to some 160 tons, compared to about 1,500 tons of gold. In fact, in order to produce just one ounce of platinum, about ten tons of ore must be mined.

When judging the value of platinum jewellery, always ensure that the material is indeed platinum (and not another metal, such as white gold) by checking for the amount of platinum content on the back of the piece. Platinum content is usually marked as "950Pt", "950 Plat", or "Plat". In the United States, in order to be marked "Platinum" or "Plat", a piece of jewellery must contain at least 95% platinum.

Unlike gold rings or jewellery, platinum pieces will always have the same weight from when you start wearing them. The reason for this is because platinum is so dense, and therefore durable, that when the metal gets scratched it gets displaced, whereas gold will just be lost. This is an important factor to consider when buying a ring that will be worn for a long time. Many times we see gold rings/jewellery become very thin over time.